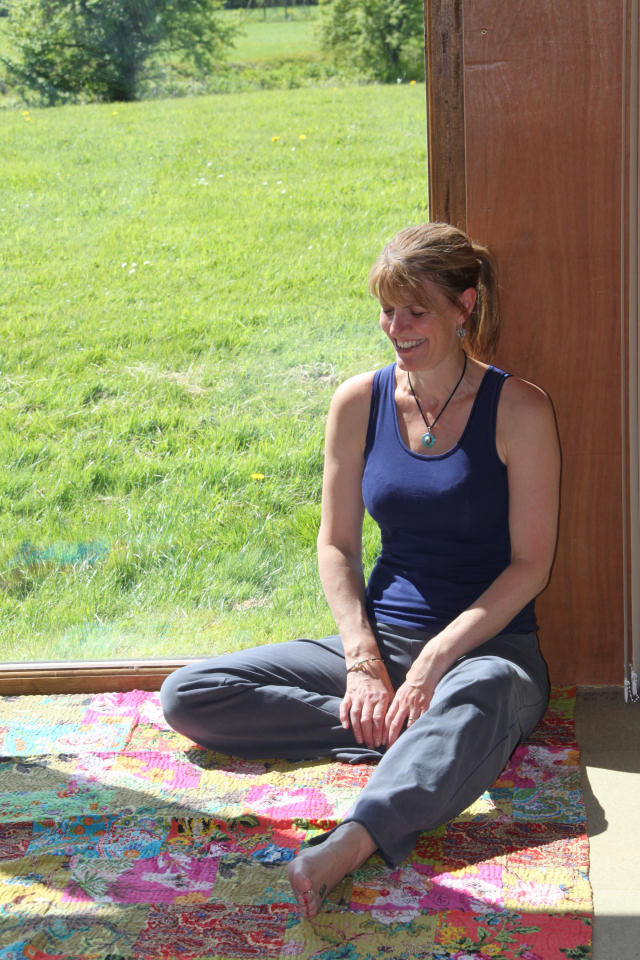 Yoga first made itself known to Barbara when she was eight years old, her early interest sparked by a book, purchased with pocket money. This interest has developed over many years with different teachers. Her practice has been mostly inspired by the late Marilyn Freedman, a dedicated follower of the late Vanda Scaravelli.

After passing the three year teacher training course with the British Wheel of Yoga (recognised by Sport England as the governing body for yoga in Great Britain), Barbara began teaching her own classes in Worcestershire. in addition to teaching, Barbara qualified as a Chiropodist and her classes and teaching are greatly influenced by her training and focus on developing a greater awareness of grounding and the importance of the feet.

Thai Yoga Massage Therapy (TYMT) is a form of bodywork that benefits both the giver and receiver. It has evolved into a unique and magical combination of deep stretching, yoga, rhythmic compression, soft-tissue manipulation, gentle rocking, energy balancing and acupressure. Barbara is an experienced, professional therapist and teacher who understands the full power and true healing in the ancient art of TYMT. Barbara’s Diploma course is now accredited by the Federation of Holistic Therapists. The Diploma course will earn you 10 cpd.

Classes are held in a room overlooking the beautiful Suckley countryside. The high standards of Barbara’s teaching qualifications and teaching practice are continually supported, developed and progressed by the BWY and FHT.

I feel that Barbara’s approach to massage shows her thoughtfulness and consideration for her clients and this has the effect of leaving the spirit uplifted and the body well and truly stretched after every session.

Not just a massage, but an experience. Everything about the massage was relaxing, professional and uplifting.  I felt safe in her hands.

The treatment I have received so far has helped me enormously.  I feel my stress and anxiety is now under control and more importantly under my control.  With Barbaras help I am now able to relax, feel able to cope and understand my triggers so that I am able to understand where my panic attacks stem from.  Definintely recommend Hypnotherapy to anyone who is looking for help with long term issues.

We use a time limited cookie which is used to refer to information you enter into our website rather than storing that as less-secure cookie data.
This expires after being inactive for a short time so the information is only stored briefly.

This is useful for facilites such as remembering form infomation so you do not have to re-enter everything if you make a mistake.
This type of data is usually removed as soon as form submission is successful.

This is a web analytics service provided by Google which sets cookies allowing us to see statistics of what visitors do on our website.
Learn More About Analytics Privacy | Opt-out of Google Analytics cookies